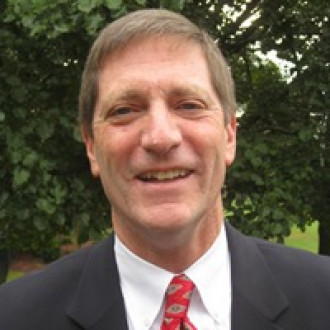 After serving 29 years on Capitol Hill, Dave Hoppe returned to the private sector as president of Hoppe Strategies, a strategic planning, lobbying and political consulting firm.

Hoppe brings a wealth of experience to this job, having dealt with legislative development and strategy at the highest levels on Capitol Hill. He directed Whip offices in both the House and Senate, and led the Senate Majority Leader’s office during the Clinton and Bush 43 administrations. Both positions oversaw and coordinated the flow of legislation through Congress, and both required working with political personalities on both sides of the aisle as well as the White House, to achieve passage for each bill.   Hoppe recently reprised this role for Sen. Jon Kyl in the Senate Whip Office.

Additionally, Hoppe was the lead staff member on such historic Constitutional and structural events as the power shift in the Senate (when one Senator changed his party affiliation, throwing into chaos the entire Senate committee structure and requiring  extensive negotiations between both parties), and the Senate impeachment trial of President Clinton.  These events give him a unique perspective on the interaction of political agendas with legislative outcomes.

Other Hill positions held by Hoppe include Chief of Staff to Rep. Jack Kemp during his presidential bid, and Chief of Staff to Sen. Dan Coats who was appointed to replace former Senator Dan Quayle.  Sen. Coats was required to conduct two statewide campaigns in a 4-year period in order to confirm his Senate appointment and then to retain the seat, unusual demands which impacted the work of his Senate office.  Early in his Hill career, Hoppe served as energy and environmental policy analyst for the Republican Study Committee.

Among the highlights of Hoppe’s years on House leadership staff were the passage of the Economic Recovery Tax Act of 1981 and the Omnibus Budget Reconciliation Act of 1981, both key elements of the first Reagan administration. During his tenure with Rep. Jack Kemp, the Tax Reform Act of 1986 was passed and signed into law.  He was also involved with the Balanced Budget Act of 1997, the Economic Growth and Tax Relief Reconciliation Act of 2001, the Individuals with Disabilities Education Act of 1997, and numerous other issues including welfare reform, tax policies and education reform.

In 2003, Hoppe left the Hill to work for the public affairs firm Quinn Gillespie & Associates, serving as President of QGA 2007-2011, when he returned briefly to the Senate to direct the Whip office for Sen. Kyl.  Currently Hoppe is a Senior Policy Advisor at Squire Patton Boggs, he also serves as a Senior Advisor to the Bipartisan Policy Center, and is an advisor to the Jack Kemp Foundation. He is an emeritus member of the Board for Easter Seals of DC, Maryland and Northern Virginia, was Chairman of the Government Affairs Committee for the National Down Syndrome Society, and serves on the national board of SourceAmerica and of the Coalition to Promote Self Determination, a group of organizations working to empower disabled individuals to achieve greater independence.

He holds a B.A. in Government from the University of Notre Dame, and an M.A. in International Relations from Johns Hopkins School of Advanced International Studies.  He is married and has three children.